Running Art and Culture in a Vacuum

Running Art and Culture in a Vacuum

Round table discussions by Macau’s art spaces at the Ox Warehouse.

As the tenth anniversary of Macau’s Handover rapidly approaches, local communities are becoming more and more aware of the effect of time. Macau has undergone considerable changes during the recent years. Different sectors of society naturally feel the urgency to reflect on past efforts, in order to better discern the future path. Among these sectors, Art and Culture is counted as one of the main features of Macau’s future development.

In an effort to group opinions from cultural actors of the city, art director of the Ox Warehouse Art Space, Frank Lei, initiated a round-table discussion on the topic at the end of 2008. Representatives from government departments and local art spaces were invited to share their experiences on how they have been carrying out their projects, and most importantly, what kind of challenges they are facing towards the tenth year of Macau’s handover.

At the invitation of the Ox Warehouse, different interested parties attended the event. Participating art spaces included the Art Association of Comuna de Pedra, the Macau Sky & Earth Ceramic Association, the Meow Space, the Poor Space, the Cut Association of Visual Arts, the Art for All Association and the Macau Arts Affair Institute. Apart from local art spaces, representatives from the government such as Ng Vai Ming and Choi Chi Hong from the IACM, Chou Kwok Ping from the University of Macau, and Hong Kong art critic Chow Fan Fu, also joined in the discussions.

Brief presentations of each art association commenced the event with remarks on the numerous challenges that they are facing. Comuna de Pedra, for example, explained that although the art association has been running for over 15 years already, the mode of its very own survival is still in question. Cheung Sio Han, current director of Comuna de Pedra, explains that the major problem comes from the area of funding.

“Every year we are supposed to present an annual proposal to concerning public departments such as the Cultural Institute or the Macau Foundation in order to apply for funding. But the system of funding is in fact not ‘annual’ at all; the projects are to be considered one by one. And if they don’t accept the application of a particular project, there is no way to know why. Apart from filling in the bureaucratic forms provided by these organizations, we have no concrete contact at all with any of these organizers. Since we have received no guidelines and the attribution of money has always appeared to be unstable, we keep dealing with one project after another without a general vision of where we are actually going. In time, we just fill in the forms with the project contents, hoping that they will fit into the actually non-existent criteria of our sponsors.”

Cheung Sio Han further explains that the situation is creating a deep problem for the Association of Comuna de Pedra, because counting on the association alone; they cannot really change the overall situation.

Mok Sio Chong, director of the Poor Space, which is a local theatre and workshop, also joined in the commentaries.

“The Poor Space is named in such a way not without reason. I go from time to time on the government’s website and realize that certain local associations in Macau can get allocation of funding of up to 1.2 million patacas per year, while the Poor Space is getting only 20 thousand! I can’t help but ask myself, why is it like that? Who decides the criteria to allocate money? There is a lack of transparency and

a lack of responsible departments within the government to monitor all these questions.”

While most of our art spaces share the same kind of funding problems in Macau, Hong Kong art critic Chou Fan Fu, also the external counselor for the Ox Warehouse, explains that in Hong Kong, the situation is quite different. The Hong Kong Arts Development Council was founded in 1995 and is considered to be the major public department created to manage the area of Art and Culture. Chou Fan Fu explains,

“It was started in fact in the 1970’s. The main question was to create some sort of standard or criteria as a reference. And any member of the legislature could freely sign themselves up to this particular group of the council. And then in 1995, this council was transformed into the Hong Kong Arts Development Council. From that time half of the council members have been elected or recommended by the art circle in Hong Kong, and half of them are designated by the government.”

As Chou Fan Fu continues to explain, there are two kinds of support provided by this council; one is aimed at short-term projects while the other is managed on a long-term base, such as how to maintain the survival of local art associations. “The advantage of the council system is that everything has now become very transparent. Guidelines are being given as to how the artists or art associations can apply for different programs. And if the jury should reject any particular project, then a report must be written to state clearly the reasons. The names of the jury members are also given for public scrutiny. If there should be any conflicts of interest, this should also be reported.”

But while there are advantages to this system, Chou Fan Fu also admits that there is also inconvenience.

“Certainly, once established, this mechanism can be quite inflexible with all sorts of rules. Artists or art associations that know very well the rules of this game may do very well. But as we know, artists may not have a very organized personality and most of the time, they may still be excluded from the bureaucratic nature of this system.”

As Chou Fan Fu describes the advantages and disadvantages of the establishment of such an art council, our government representative, Choi Chi Hong, Head of Division of Cultural Facilities of IACM, also expresses his opinion. For Choi Chi Hong, the idea of creating an art development council is not compatible with Macau.

“It is possible in Hong Kong because it is much bigger. In Macau, we don’t have enough people to provide such services. The people who would be involved would probably be the same circle of people.”

But the Hong Kong art critic does not agree. Chou Fan Fu says, “In Hong Kong, there are also the same groups of people who are involved in the art affairs anyway. The problem is not that they might have different roles to play.

The main question is the concept of the rules. Once the rules of the game are established and are clear, everyone is free to join the game.”

Indeed, the real problem in Macau’s Art and Culture sector is the lack of a responsible department and in other words, there is not even a game to play. Subsidies are being attributed arbitrarily by separate public organizations without any stated guidelines or public consultation. The lack of transparency is obvious. It is as if local associations are being run in a vacuum of policies and rules. The situation is an obstacle for any long-term vision and planning.

James Chu, director of the Art for All Association, expresses opinion on the topic.

“Now the government is considering the development of Creative Industries, which is a good thing. But the problem stays the same. We still don’t have a specific department for such matters. The Cultural Institute and the IACM are doing a lot to promote the ideas of Art and Culture among citizens, but we still need the government to lead the role to create specific positions, so that different departments can work together. Once the work loads are divided clearly, the work can actually be achieved.”

One of the main keys to achieve this, James Chu says, is the training of competence. “We who are running art associations know very well this situation: we lack people who can take care of the administrative process between the artists and the government. Due to the lack of resources, we cannot afford to employ administration professionals. The situation is that the government provides the most promising conditions and people tend to choose working in the government rather than with us, local associations. If the government does not take this problem seriously and start training competence in art administration, there is little that we can do with our limited resources.”

Indeed, the present situation is still very different from what we can expect. Considering all the commentaries of our most active “art workers”, we might realize that there is in fact not a lack of vision towards the future development of Macau’s Art and Culture, but there is obviously a lack of communication between local voices and the government. Towards the end of its second term, Edmund Ho’s government is perhaps not in the most convenient place to make any consequential decisions now. But ten years have almost gone by and we cannot help but look back with a certain degree of regret. Clear-minded as an outsider, Chou Fan Fu describes the situation, “Nine years after the Handover, we realize that no fundamental change has been made in Macau (concerning Art and Culture). It seems that many opportunities have been missed during all these years, while the resources were still abundant. Now that the economic future has become somewhat gloomy, it will be even more difficult for us to move.”

牛房倉庫簡介 Ox Warehouse Introduction
牛房倉庫（前稱婆仔屋藝術空間）成立於2002年3月，為澳門一非牟利民間藝術組織，主要處理牛房倉庫內之行政及節目策劃工作。策劃的展覽和演出均以本地較另類的當代藝術創作為主，以彌補本地在這方面的不足；並全力進行藝術推廣活動，開辦具啟發性的藝術工作坊，鼓勵及培養個人創意和實驗精神；策劃跨地域的深入交流計劃；並開放牛房倉庫的空間，與本地藝術工作者和團體合作使用，使牛房倉庫成為澳門藝術創作的實驗交流平台。 Founded in March 2003 in Macao, Ox Warehouse (former name: the Old Ladies'House Art Space) is a private, non-profit, art association. It manages a leased artistic venue, Ox Warehouse, with a small staff in charge of daily administration and program planning and organization chores. The Ox Warehouse presents exhibitions and performances of contemporary art, trying to provide an alternative platform to the local arts scene, which is a bit wanting in this regard. Being dedicated to the promotion of art, the Ox Warehouse also organizes inspirational artistic workshops, in order to foster individual creativity and the experimental spirit, as well as cross-border exchange programs. Last but not the least, the Ox Warehouse art space is open to local artists and art associations for collaborative projects, making the venue an experimental platform for Macao's artistic creation. 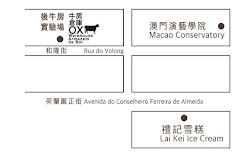